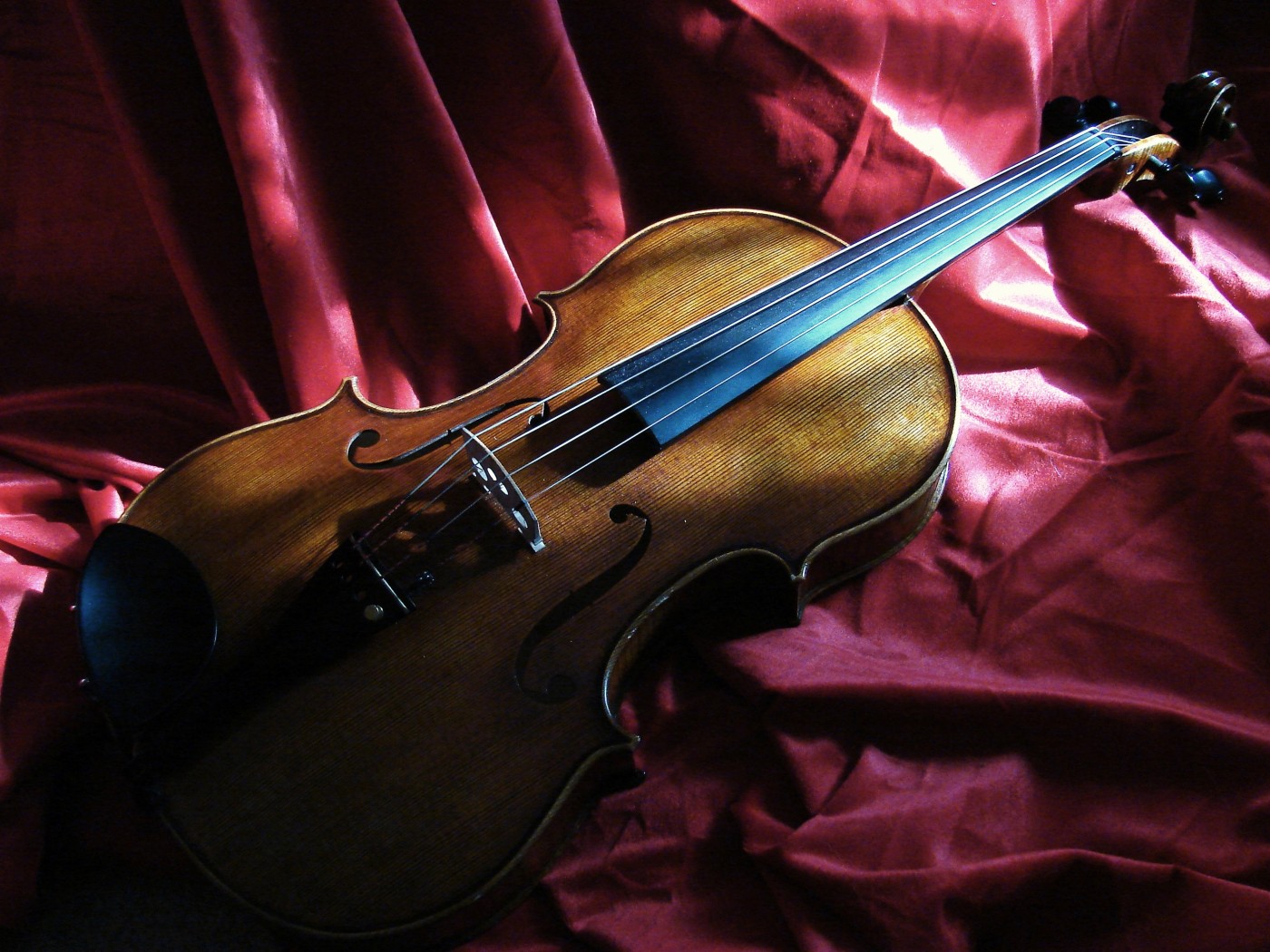 Think about it: they have wings and the most sensitive respiratory systems of many land-dwelling living creatures. (I am aware that zombies won’t happen; the undead, more specifically, are an impossibility). If – in theory – there were some kind of airborne virus, birds would be amongst the first to contract it, and then to spread it. Pet bird owners: we’re doomed.

If you couldn’t tell, I spent way too much time imagining a zombie apocalypse while riding the train into town. Some of the stops are a little eerie and strike me as classic settings for a zombie attack.

Yeah, I have an overactive imagination. I’m never bored, though.

Anyway, moving on… Yesterday I went and saw the BBC SSO ‘Hear and Now,’ which was interesting and well-done, but not my favourite (click for a link). There are several more concerts on soon, including Tchaicovsky’s ‘Pathetique’ Symphony – I’m excited for that.  I’m also currently trying to convince O. to transpose Dvorak’s cello concerto for viola, being  too busy preparing for the zombies.

What I should be doing. 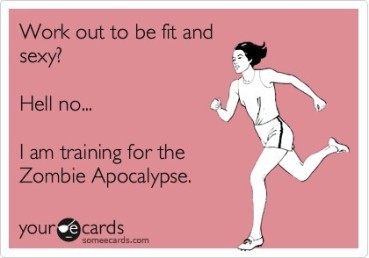 Okay, fine, I’m not doing this, either.

As to the birds – what this blog is truly about! – Charlie has found a bowl of cockatiel seed mix and is clearly displeased with its contents: he is flinging it EVERYWHERE, and keeps shooting me dirty looks. I had probably better go get him some canary seed. Pip is preening, having eaten everything (edible) in her cage. It’ll be bath time for the canaries after I finish blogging. 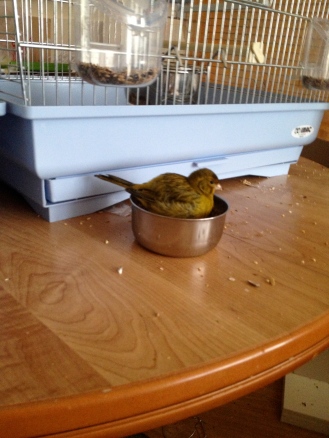 Mishka is treating us to the lovely dulcet tones of her singing. No real progress with her, except that last night I gave her chips . She was very sweet about it until she pecked me in the face. Her reason was obviously that I was taking too long in conveying delicious chips to her beak.

Ptak has officially begun to talk, although he only does this in front of me. A few nights ago, he looked right at me and said, ‘HOW ARE YOU?’ O. didn’t hear because he was out of the room, and so denies this, but I swear it’s true (and not just wistful thinking). Ptak’s ‘human chatter’ is pretty funny. It’s either as close as he can get to mimicking our speech, or it’s what he thinks we sound like. I vote the second. He does it a lot, and in a distinctly different tone from his usual squeaky noises.

Also related to birds: I celebrated a birthday fairly recently (and yes, I’m too paranoid to reveal anything more on the Internet), and received a copy of the SIms 3 Pets. This has encouraged me to play a bit of the actual Sims themselves, being an animal lover… and much as I’m enjoying it, I have one gripe: The birds are considered ‘minor’ pets. (Did you see that coming?) Sim birds sit all day in their cages or on a java perch stand, needing only to be fed. If your sim can’t find the meagre time to feed your avian, it can be released into the wild.

It might be a tad geeky of me, but I see so many things wrong. I’m not saying that having a needy avian companion in the game is the way to go (would probably grow a bit tedious), or that anyone really takes the game at face value. It just seems to me that people have casual views towards bird ownership.

Have you noticed this pet peeve of mine?

Anyway, I’m off to    play Sims. Ability to release pets into the wild or no, it’s still altogether too amusing.