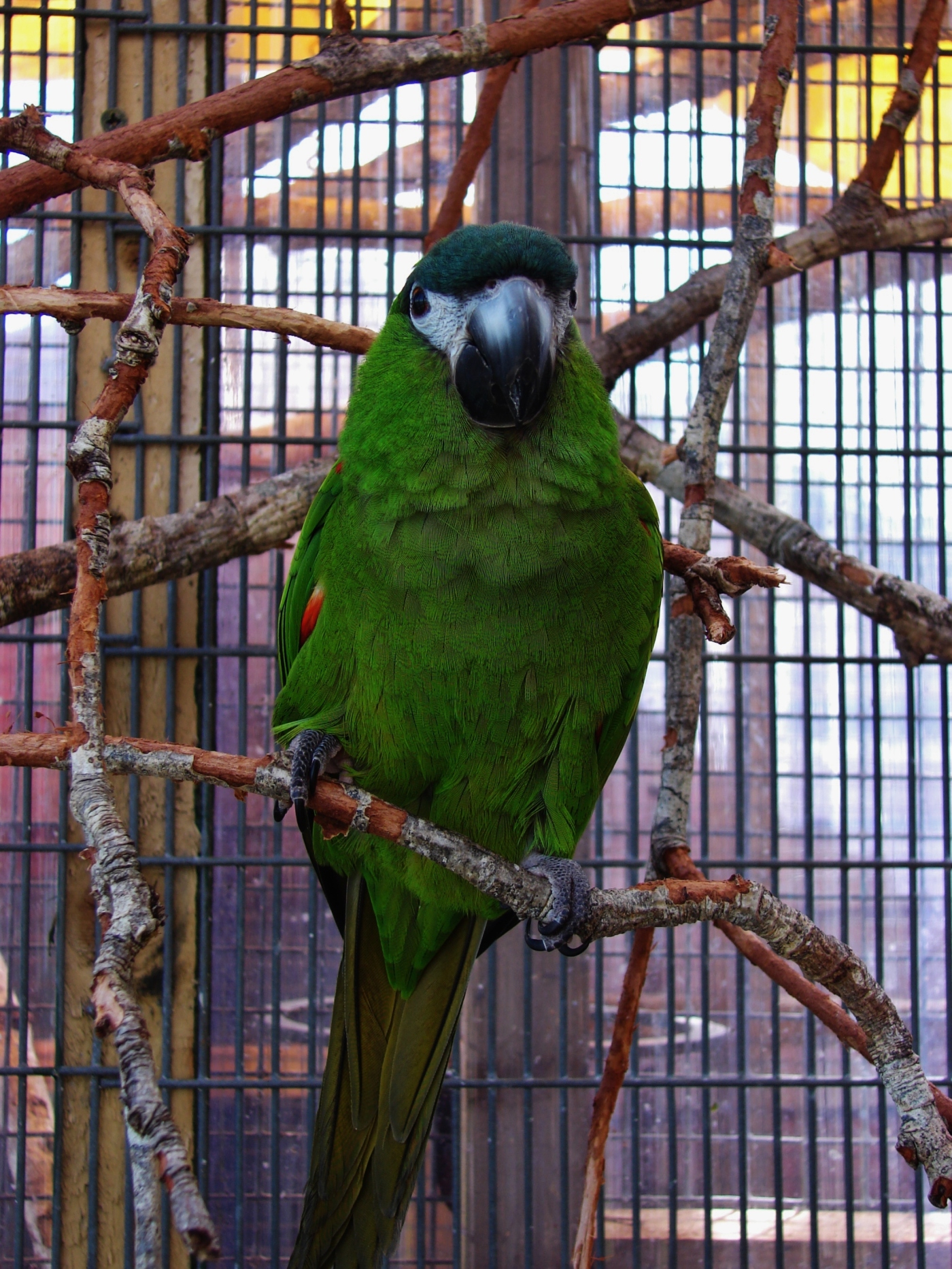 It’s been a strange month so far.

A real high was getting to visit the Island Parrot Sanctuary. A relative low (just bittersweet, really) was making the decision to leave Bobo there. It’s not often that we leave a bird – usually we’re coming back with one! Still, it was the right decision.

Another low was the drama with the doctor’s office. I ended up not being able to get the note and evidence I needed for uni. It wasn’t entirely the fault of the doctor’s office, but they weren’t being particularly helpful. A series of events related to my health led to me terminating my studies. I don’t want to sound flippant about it… But the immediate, vast relief I felt upon making that decision was worth it in many regards. I’m still so disappointed that I’m not finishing the year, but I am trying not to get caught up in that because at this point, there’s just nothing I can do.

All this has meant that I need to vacate the UK in two months.

That is a difficult thing to write, and I’ve been putting it off. Eesh. I am going to apply for master’s degrees in other fields, as not all of them require a bachelor’s.  The other two routes happen to be getting either a work or partner’s visa. If you’re not familiar with these, you have to be making a certain salary – 22k or 18k respectively – to even bother applying. That isn’t much. Unfortunately for me, though, it’s a lot more than I was counting on making as a musician and artist. Work visas also tend to require qualifications that I just don’t have, so for someone just starting out, it’s not an easy situation.

If anyone has any advice for immigrants to the UK, or else has a work visa to offer (heh), it’d be much appreciated.

For O. and me, this may mean a time of having to live apart. Two of the birds will ideally go with me, and two will stay with him. Mishka and Pip, probably, because Mishka loves Pip, and O. loves Mishka. She might return that sentiment, but who can be sure with a parrot?

It’s not the end of the world, although it feels pretty terrible. The UK doesn’t make immigrating easy. They used to have this awesome 2-year visa extension for Tier 4 visa holders, which is what I have for studying here, but the government got rid of that last year. The only word to express my feelings on that is BLERG. The system isn’t designed for people in the creative industry.

But I figure that if I have to go home, I’m going to start paying off my student loan and setting whatever else I can aside for a visa fund.

*Tries not to be too depressed.*

In the meantime – pictures! (Of course.) Enjoy a few more snapshots of the Sanctuary residents. Okay, yes, and a few of Bobo because he’s so darn cute. 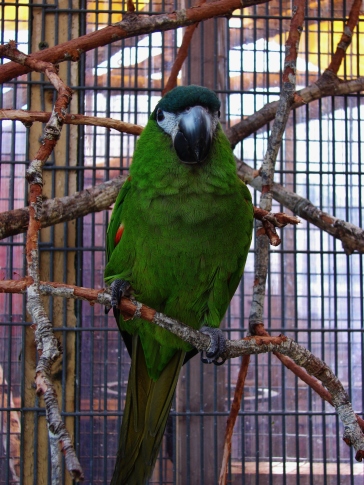 This Hahn’s macaw is moving towards uncertainty after being relaxed – notice how his foot has moved from his down, onto the perch. 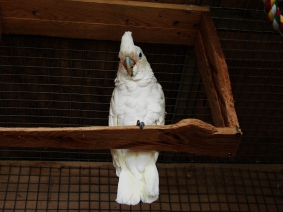 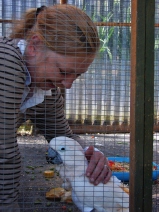 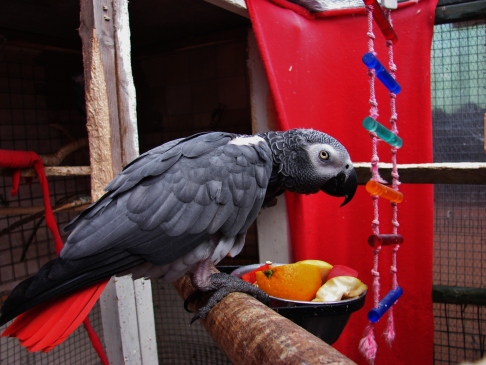 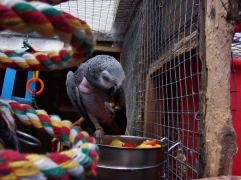 Birds eat when they feel comfortable. Usually, they use their left feet to grip and manoeuvre items. 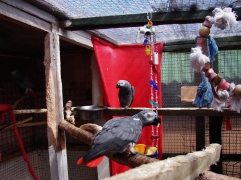 These two African Greys don’t particularly like me being there. The one at the back would bite me if I moved closer – he’s giving me the Evil Eye.

Out of focus, I know, but so cute! This bird is curious. 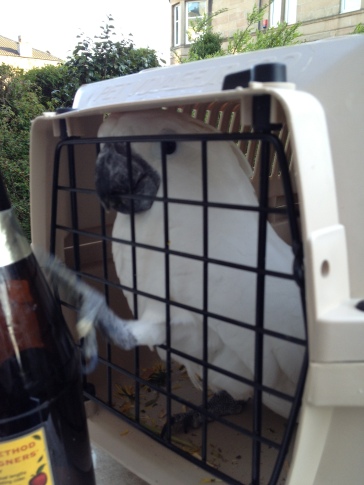